Skip to content
1ST PICS FROM CHANNEL 5 SHOW
Just when I thought we could never ever count on Channel 5 again, as they haven’t produced anything of interest since forever, they are coming up with something wonderfully delightful! Their ALL CREATURES BIG AND SMALL three part mini series which will air sometime soon. 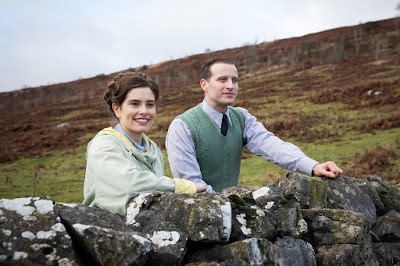 All Creatures Great And Small
based on James Herriot’s cherished collection of stories, chronicles the heartwarming and humorous adventures of a young country vet. This new adaptation will preserve the rich spirit, tone and values of Herriot’s iconic characters and stories and will bring to life his sharply observed, entertaining and incredibly funny tales of country life in the North of England for a modern audience, introducing a new generation to his life-affirming stories.
Who Is Playing The Big Creatures?

With Nicholas Ralph taking the lead role of James Herriot, the cast also includes Samuel West as Siegfried Farnon, the wonderfully eccentric veterinary surgeon and proprietor of Skeldale House who reluctantly hires the

recently qualified Herriot into his rural practice; Anna Madeley as Mrs Hall, the resident housekeeper and matriarch of Skeldale House; Callum Woodhouse as Tristan, Siegfried’s errant and charismatic younger brother; and Rachel Shenton as Helen Alderson, an independent local farmer’s daughter who helps her father manage the family farm and care for her

younger sister. Diana Rigg is Mrs. Pumphrey, the delightfully eccentric owner of the overly indulged Pekingese Tricki-Woo; Matthew Lewis is Hugh Hulton, a wealthy landowner and rival to James for Helen’s affections; and Nigel Havers is General Ransom, the fastidious manager of the local racecourse. 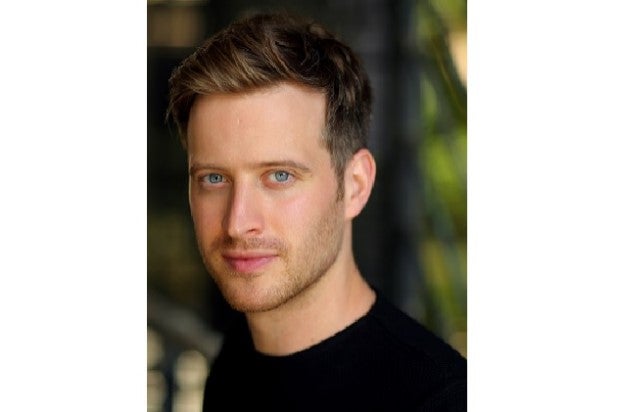 Nicolas Ralph will make his television debut playing the lead in the remake of the popular British series “All Creatures Great and Small.” Ralph will play James Herriot, a handsome and compassionate veterinarian who brings his practice to the country. Christopher Timothy portrayed Herriot in the original series, which ran for seven seasons and 90 episodes from 1977 to 1990 on BBC1 and PBS.

Samuel West (“Mr. Selfridge,” “On Chesil Beach”) joins as Siegfried Farnon, the wonderfully eccentric veterinary surgeon and proprietor of Skeldale House who reluctantly hires the recently qualifiedHerriot into his rural practice. Mrs. Hall, the resident housekeeper and matriarch of Skeldale House will be played by Anna Madeley (“The Child in Time,” “Patrick Melrose”). Siegfried’s errant and charismatic younger brother, Tristan, will be played by Callum Woodhouse (“The Durrells in Corfu”). Rachel Shenton (“Switched at Birth,” “White Gold”) takes the role of Helen Alderson, an independent local farmer’s daughter who helps her father manage the family farm and care for her younger sister.

“This is an exceptional cast made up of a wonderful mix of exciting new and established talent,” says executive producer Colin Callender. “Re-visiting the world of ‘All Creatures Great and Small’ is like going home and re-discovering old friends whom we haven’t seen in years. We’re thrilled to be bringing James Herriot’s beloved characters back to life with Sam, Anna, Callum, Rachel and Nicholas.”

“This is exactly the right ensemble cast to deliver the warmth, wit and charm of ‘All Creatures Great and Small,’” says MASTERPIECE executive producer Rebecca Eaton. “Like the original, this new series will capture the hearts of MASTERPIECE viewers.”

Colin Callender’s Playground is producing an initial of six-episode season plus a Christmas special. It is the latest drama commission announced for Channel 5. MASTERPIECE on PBS in the US will co-produce and All3Media International is the international partner. The production will also receive funding and support from Screen Yorkshire.