Skip to content
Subtitled and/or Dubbed in English
MARRY A GHOST FOR MONEY?
If you don’t know what to binge-watch this weekend, here is something mystical and darkly enchanting for you: over at Netflix you can currently

The Ghost Bride
set in 1890’s Colonial Malacca, follows a Malaysian Chinese woman who accepts a marriage proposal from a wealthy family to be the “ghost bride” to their deceased son – an opportunity that would save her family from a lifetime

of debt, but require her to spend the rest of her days haunted by a ghostly spouse. Desperate to escape the situation, she soon finds herself wrapped up in a murder mystery and embroiled in otherworldly affairs far bigger than she could have imagined!

‘THE WITCHER’ 2ND SEASON
CASTS CARMEL LANIADO
The first season was a record-breaker for Netflix, as it was seen by almost 80 million people around the world, so it is no wonder the 2nd season of THE WITCHER is a definite yes. As Deadline reports, filming is already underway over in UK and now we have the first new cast member announced: Carmel Laniado will appear in a number of episodes as Violet, a young girl whose playful and whimsical demeanor is a front for a smarter and more sadistic character. Henry Cavill returns as a solitary monster hunter who struggles to find his place in a world where people often prove more wicked than beasts.

ROBERT ARAMAYO TO PLAY HERO BELDOR IN AMAZON’S LORD OF THE RINGS, MOST EXPENSIVE TV SERIES EVER!

‘LORD OF THE RINGS’ SERIES
ROBERT ARAMAYO IS BELDOR

A physician discovers that he can talk to animals.

FX’s A Christmas Carol is an original take on Charles Dickens’ iconic ghost story by Steven Knight (Taboo, Peaky Blinders). The FX Original movie is a spine-tingling immersion into Ebenezer Scrooge’s dark night of the soul.

The dark reimagining of the classic tale is written by Peaky Blinders creator Steven Knight and directed by Nick Murphy (The Awakening). It is executive produced by Knight, Tom Hardy, Ridley Scott, Dean Baker, David W. Zucker and Kate Crowe. FX’s A Christmas Carol is produced by FX Productions in association with the BBC, Scott Free and Tom Hardy’s Hardy Son & Baker. 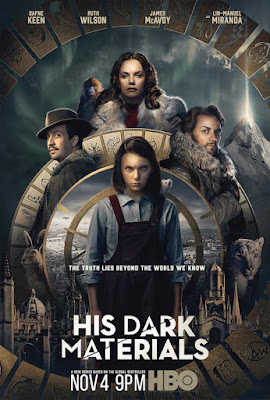